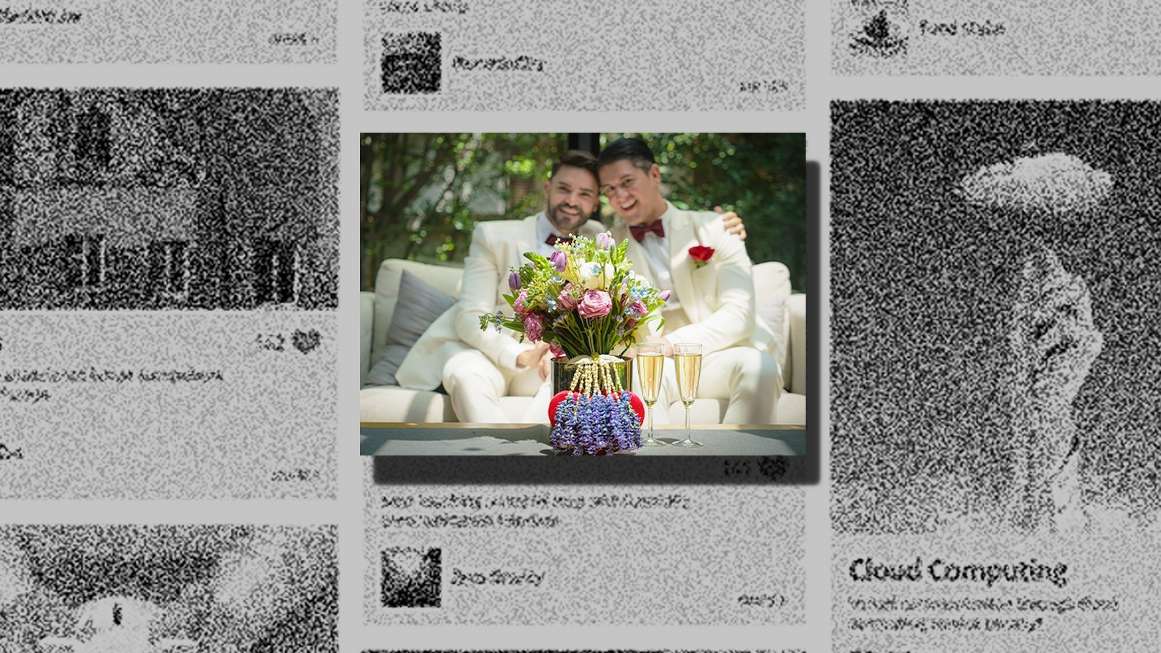 Would you believe that the American Civil Liberties Union (ACLU) and Republican Florida Governor Ron DeSantis have anything in common? They both believe that the state should be able to compel web companies to host content that these platforms either disagree with or find morally objectionable in some way.

If that sounds remarkable, check out the friend brief the ACLU filed Friday defending the state of Colorado’s authority to compel a small web business to host photos of same-sex weddings against the wishes of the business owner. Note how similar this is to Florida’s attempts to force web companies to run campaign messages from political candidates against the platforms’ wishes.

Lorie Smith, owner of web design company 303 Creative, is challenging Colorado’s anti-discrimination law, part of which requires businesses in the state to accept clients regardless of race, gender, sexual orientation and ethnicity. many other categories. Smith has moral objections to the legal recognition of same-sex marriage. She says she doesn’t intend to discriminate against LGBT customers, but she also thinks forcing her to post pictures of same-sex weddings on her site forces her to expressive speech and violates her First Amendment rights. .

The Supreme Court agreed in February to hear 303 Creative LLC. v. Elenis Later this year. The question is whether a public accommodations law can compel an artist to speak or be silent without violating the First Amendment.

The ACLU brief dismisses the central issue and instead attempts to reframe the whole argument as whether “an artist who has chosen to open the business to the general public” can be banned by a public accommodations law. to “discriminate against customers on the basis of a protected characteristic.” From the beginning, we ran into a recurring problem throughout this thesis. The ACLU repeatedly treats the refusal to host a particular image or message (a same-sex marriage) as discrimination against an individual or a couple (a same-sex person or couple). It’s obviously not the same thing, and it strikes at the heart of the flaws in the ACLU’s argument.

Next, the ACLU argues that because 303 Creative is a company that sells services to the public, it must offer those goods in a nondiscriminatory manner under Colorado law. Again, the ACLU deliberately mixes message and customer: “So here too, 303 Creative does not need to offer a particular website service to the public, but once it has chosen to sell wedding website design services to the general public, it cannot selectively refuse to sell those same services to same-sex couples.”

The ACLU would like us to view speech discrimination and customer discrimination as the same thing. But if 303 Creative refused a client’s request to host a group of images of an Islamic State terrorist attack, does that discriminate against the client’s religion if the client is also Muslim? Obviously, this is not the case. She does not refuse the client because he is a Muslim. She refuses to host images that she finds objectionable. In this exaggerated example, it is very easy to recognize the imposition of free speech and the violation of the company’s First Amendment rights.

Likewise, it was pretty easy to see that Florida’s attempt to force Facebook to run campaign statements by anyone who shows up at certain state offices would force the tech giant to potentially run content it find it really offensive and display it in front of other customers who probably didn’t want to see it. And so it shouldn’t have been surprising that federal judges determined that Florida had no authority to make such demands of these companies and, in attempting to do so, violated their First Amendment rights.

In this case, the ACLU is doing everything in its power to urge the Court to reject any consideration of Smith’s and 303 Creative’s First Amendment rights, even going so far as to attempt to reframe the central issue to make it appear that these rights are not relevant to the case. The ACLU would have us believe that this is just a neutral application of an anti-discrimination law and that creating exceptions for businesses that involve creative expressions or personalized works is ‘impractical’ . This is clearly false. In 2019, the Kentucky Supreme Court determined that a T-shirt printer could not be compelled to print pro-gay messages on its products in violation of its religious beliefs. The court was able to easily determine the difference between discriminating against a customer and rejecting a message. It’s not confusing at all!

One of the most depressing inclusions of this ACLU friend brief is his use of a 1968 Supreme Court case, United States vs. O’Brien, in an attempt to bolster his argument that the state of Colorado has the power to regulate speech in this way. In this case, David Paul O’Brien was found guilty of violating federal law by publicly burning his draft card in protest of the Vietnam War. The Supreme Court determined that the ban on burning draft cards did not violate the First Amendment because the federal government had a compelling interest in maintaining draft and the rule was narrowly tailored to achieve that goal.

O’Brien was represented in this case by Marvin M. Karpatkin, who after this case would become an attorney for the ACLU and join its board of directors. He died in 1975. There is now a fellowship program at the ACLU named after Karpatkin.

In this brief, the ACLU essentially trashes Karpatkin’s case for supporting Colorado’s power to force a web company to post gay wedding photos. Once, lawyers linked to the ACLU fought for the right to burn draft cards. Lawyers for the ACLU today say: ‘No one disputed that O’Brien’s burning of a draft map in protest of the Vietnam War was expressive. But because the government’s interest to prohibit the destruction of draft maps was unrelated to what a particular act of destruction communicated, an interim review And the result would have been exactly the same if O’Brien had burned his draft map as art of performance rather than political protest,” and apparently thinks it’s a good and defensible result.

How far they have fallen. Take a look at this paragraph:

Any ancillary burdens these laws place on public establishments that sell expressive goods and services are no greater than necessary to justify the government’s anti-discrimination interest. Where the aim is to end discrimination in the public market, an exemption for all businesses that might be considered “expressive” (theaters, bookstores, architectural and law firms, hairdressers, gardeners, florists, caterers, etc.) would run counter to the very purpose of the law.

This would seem to argue that Colorado could require bookstores and theaters to offer books and movies containing content that business owners find objectionable. I’m going to do the ACLU a favor here and point out that’s not what they mean. He again confused the messages with customers. They try to argue that companies that produce “expressive” works cannot refuse customers because they fall under protected characteristics, which is true. But, again, they deliberately confuse “serving a customer” with “printing and distributing the customer’s message”.

The ACLU’s brief ends by listing a litany of customizable wedding-related products, including personalized M&Ms, and wondering if that means all of these companies could refuse to serve same-sex couples. Do they want it? It should be noted here that most companies do not want to deny them service. This is not a real crisis for homosexual couples. The only people potentially hurt here are those being punished by the state.

If we’re going to push any absurd assumptions here, let me end with some of mine. Could Colorado law compel 303 Creative to host photos of a gay wedding where a Bible is burned as part of the ceremony? And a Koran? And an American flag? Or a Russian flag? Would the ACLU defend Colorado’s right to force 303 Creative to host footage of a gay couple burning down the ACLU headquarters during their wedding ceremony?

This is an embarrassingly bad brief from the ACLU, turning its back on decades of protecting citizens from authoritarian demands on citizen speech. They even threw one of their own lawyers under the bus in the process.

How to Boost Microfinance in the United States

What is managed web hosting and how does it work?

Dienye Diri: What Kind of Web Hosting Does Your Business Need?