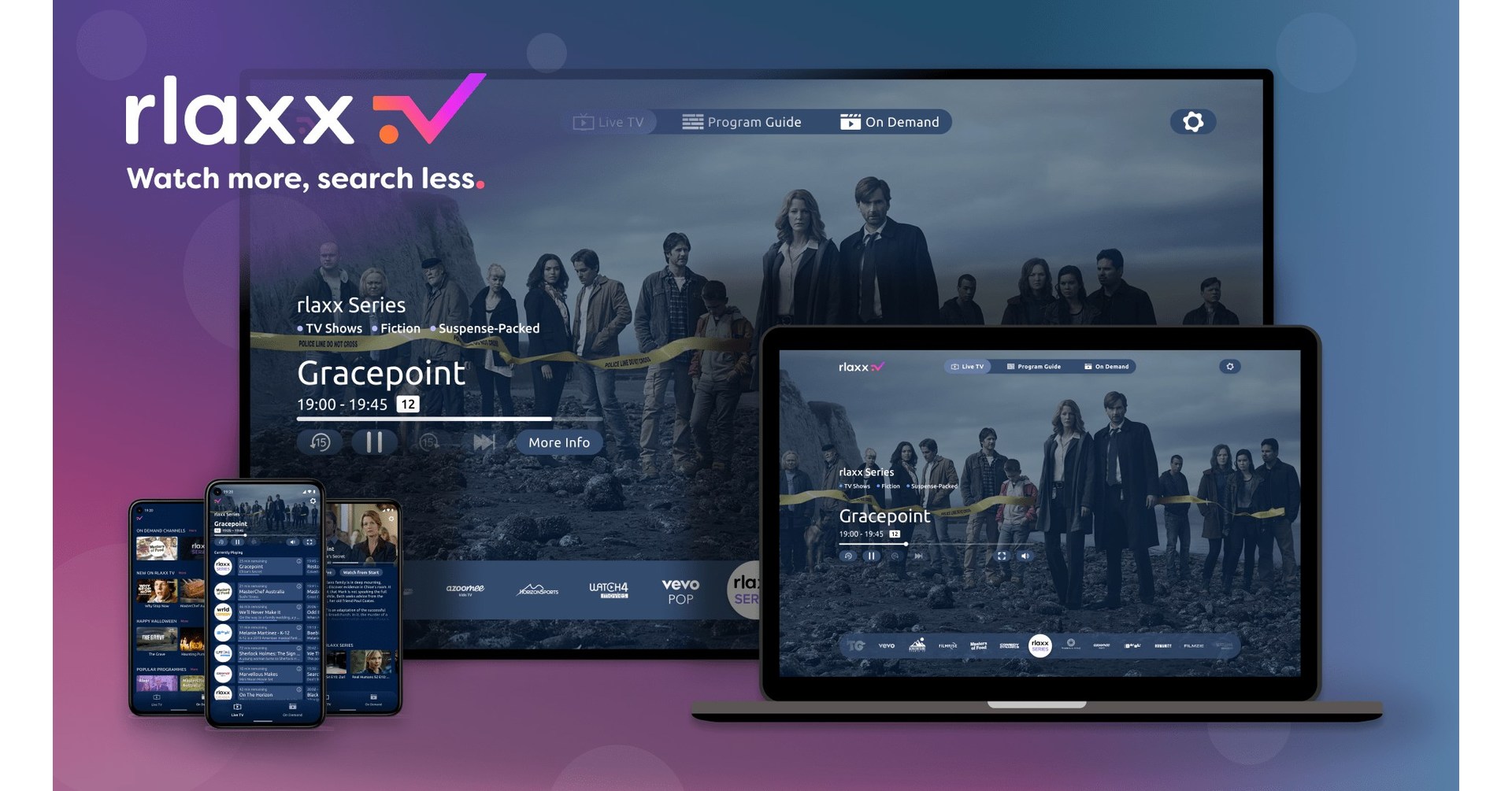 Now viewers can take advantage of the linear streaming provider’s unique offering on rlaxxtv.com. This applies to all common web browsers such as Mozilla Firefox, Google Chrome and Safari. Android smartphone and tablet (version 5.0) users can now easily download rlaxx TV. To enjoy the casual experience of rlaxx TV on the go, they just need to download the app from the Google Play Store and they’re good to go. All content on rlaxx TV is ad-supported and can therefore be viewed without additional subscription fees or registration.

“What we have accomplished since September 2020 makes us very proud! Within a year, we’ve launched our app on almost every internet-connected device, in addition to the 24 countries we’ll be available in by the end of the year. With these latest 2021 launches, we are delivering on our very ambitious promise and annual goal to deliver a relaxed experience for viewers in all presentation forms,” said Ronny LutziCEO and Founder of rlaxx TV.

rlaxx TV will now focus more on expanding technical accessibility in other countries to achieve greater global reach. By the end of 2021, the app will be available in a total of 24 countries, including Mexico, Chile, Colombia, Argentina, Belgium, Luxemburg, Netherlands, Sweden, Denmark, Norway, Icelandand Finland. A deployment in the United States and Canada is scheduled for the first quarter of 2022.

rlaxx TV relies on a global network of content partners, who license bespoke formats to rlaxx TV, which include many categories such as music, sports, children’s programming, lifestyle and entertainment. adventure, as well as international feature films.

rlaxx TV is an international video-on-demand service based on linear advertising (FAST+AVoD) headquartered in Kiel, Germany. The rlaxx TV offer is completely free for viewers and is supported by advertising. The company’s goal is to provide the best television experience by modern standards. For this reason, the content of rlaxx TV is organized into linear channels organized to save viewers from long search times. Additionally, there are advanced features such as an option to pause, restart or watch later, as well as the ability to access all content from a catalog on demand. Thanks to this, rlaxx TV combines the relaxed experience of linear television with the flexibility of a VoD service. When it comes to content, rlaxx TV relies on a global network of content partners, who deliver content tailored to viewers in many categories – from music, sports, kids, lifestyle, from adventure to international feature films. The application is present on smart TVs and media streamers such as Samsung, Amazon Fire TV, Android TV, Apple TV, Blaupunkt, Grundig, Hisense, Hitachi, JVC, LG, Medion, Metz, Panasonic, Sharp, Telefunken, Toshiba , Vestel, Xbox, as well as iOS/iPadOS, Android and rlaxxtv.com. In 2021, rlaxx TV received two industry awards, Cynopsis ‘Best OTT’ and ‘Best Innovation’ at the OTT Executive Summit.

iOS is a trademark or registered trademark of Cisco in the United States and other countries and is used under license.

The downside of getting paid early