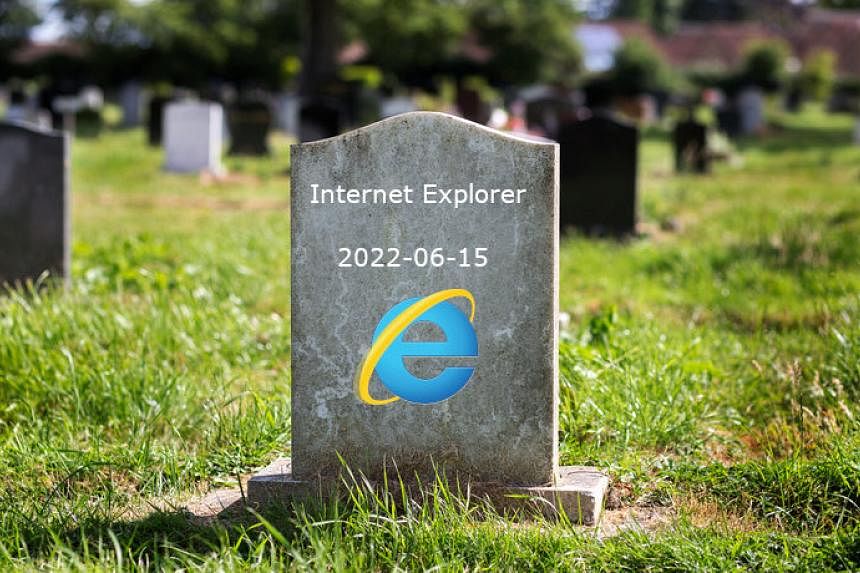 WASHINGTON (AFP) – Internet Explorer, Microsoft’s once-dominant web browser that some users love to hate, was retired Wednesday, June 15 after 27 years on computer screens around the world.

The tech giant will no longer offer patches or updates to the existing version of Explorer and users will be directed to its replacement, Microsoft Edge.

It was a moment marked by genuine nostalgia – and plenty of jokes at the expense of what was many people’s first gateway to the internet.

“You took a long time to download stuff, kept freezing, and got replaced pretty easily by other browsers,” @Zytrux-1 tweeted, under the hashtag #ripinternetexplorer.

“But it was one of the first browsers I ever used, and I have lots of fond memories of it.”

Twitter was inundated with Explorer memes, including tombstones or coffins with the browser’s blue “e” signature and occasional screenshots of error messages saying the app had stopped working.

Microsoft announced the change last year, and in a blog post on Wednesday it explained the need to start fresh with a different browser – Microsoft Edge.

“Internet Explorer (IE) is officially retired and no longer supported at this time,” the company wrote.

The first version of Internet Explorer was released in 1995, in a challenge to Netscape Navigator, the rising star of the Internet.

The ubiquity of Microsoft’s operating system has also become a pathway for Explorer to gradually become the default for many users.

In 1997, US authorities claimed that Microsoft, by incorporating its Internet Explorer into the Windows operating system for the first time, was trying to crush competition from Netscape.