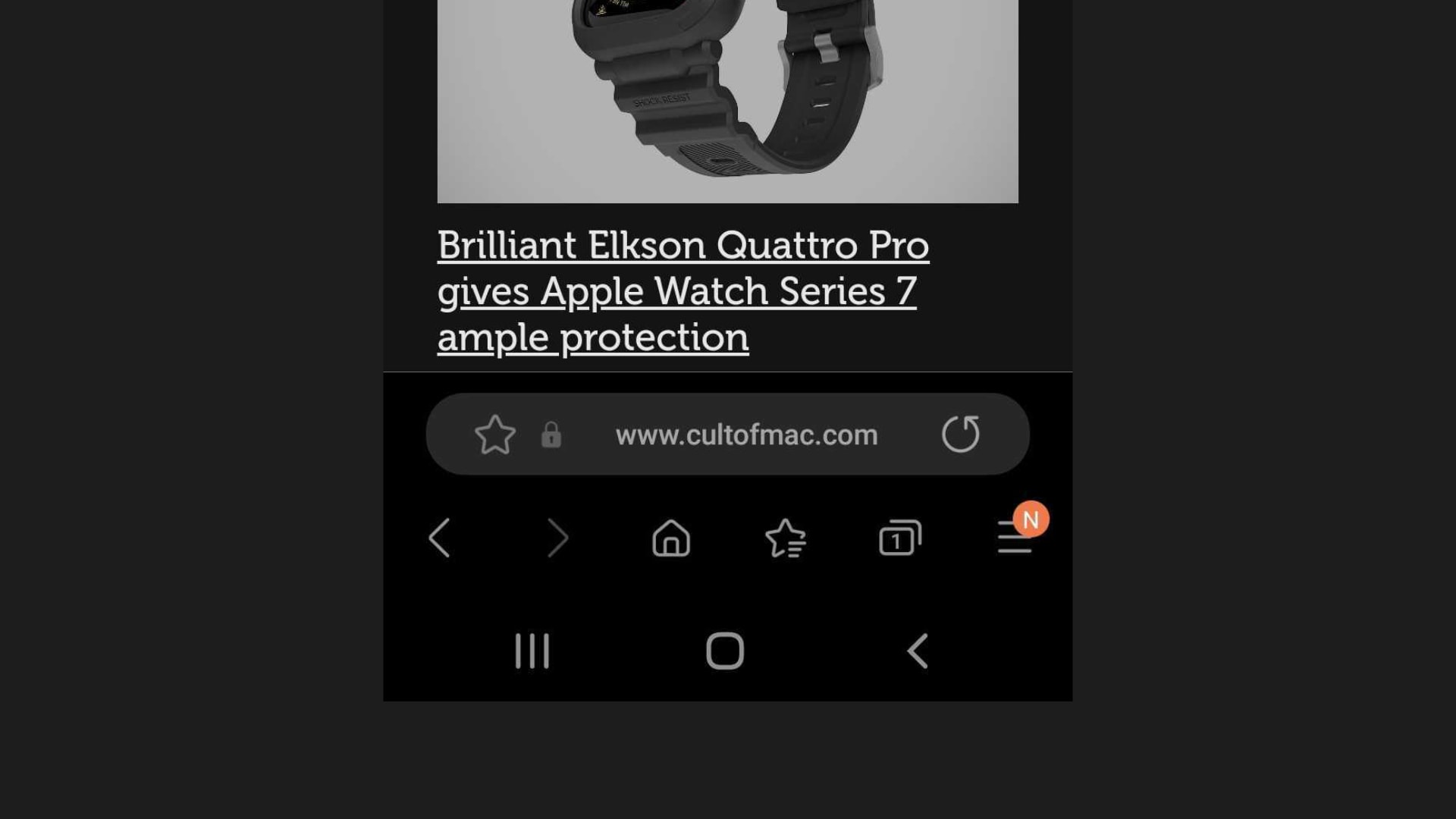 There’s not much that Apple’s rivals would want to steal from Safari 15 – it’s not exactly the company’s thinnest (or most popular) browser update. But in true Samsung style, the South Korean firm has found a thing worth swiping for its own mobile devices.

The latest version of the Samsung Internet Browser gives Galaxy smartphone users the option to move the address bar to the bottom of the screen, making it a bit more accessible, especially when using one-handed.

Apple actually rolled back many of the changes it originally planned for Safari 15 – especially on the Mac – following the many complaints it received from beta testers. But not all of Safari’s changes looked like the result of a hangover design meeting.

Many Apple fans have praised the new ability to move Safari’s address bar to the bottom of the screen on iPhone. And once you get used to it, reaching the top of the screen to type in a URL feels completely unintuitive.

It looks like Samsung liked this particular Safari 15 tweak as well. The company has just incorporated the same functionality into its own Samsung internet browser for Android smartphones and tablets with a new â€œaddress bar positionâ€ option.

By default, the address bar continues to reside at the top of the screen in Samsung Internet. But if you go to the settings menu after installing the latest browser beta update, you will find an option to move it down.

well gee samsung i wonder why you suddenly decided to add this option now to your browser i cant guess https://t.co/WTTI98OwQv

Apple was not the first

Note that Apple was not the first to move the address bar of the mobile browser to the bottom of the screen. Other software makers have experimented with (or implemented) this change in the past, including Google with some versions of Chrome.

But it seems somewhat suspicious that Samsung made the change just weeks after Apple rolled out iOS 15 with its redesigned Safari interface.