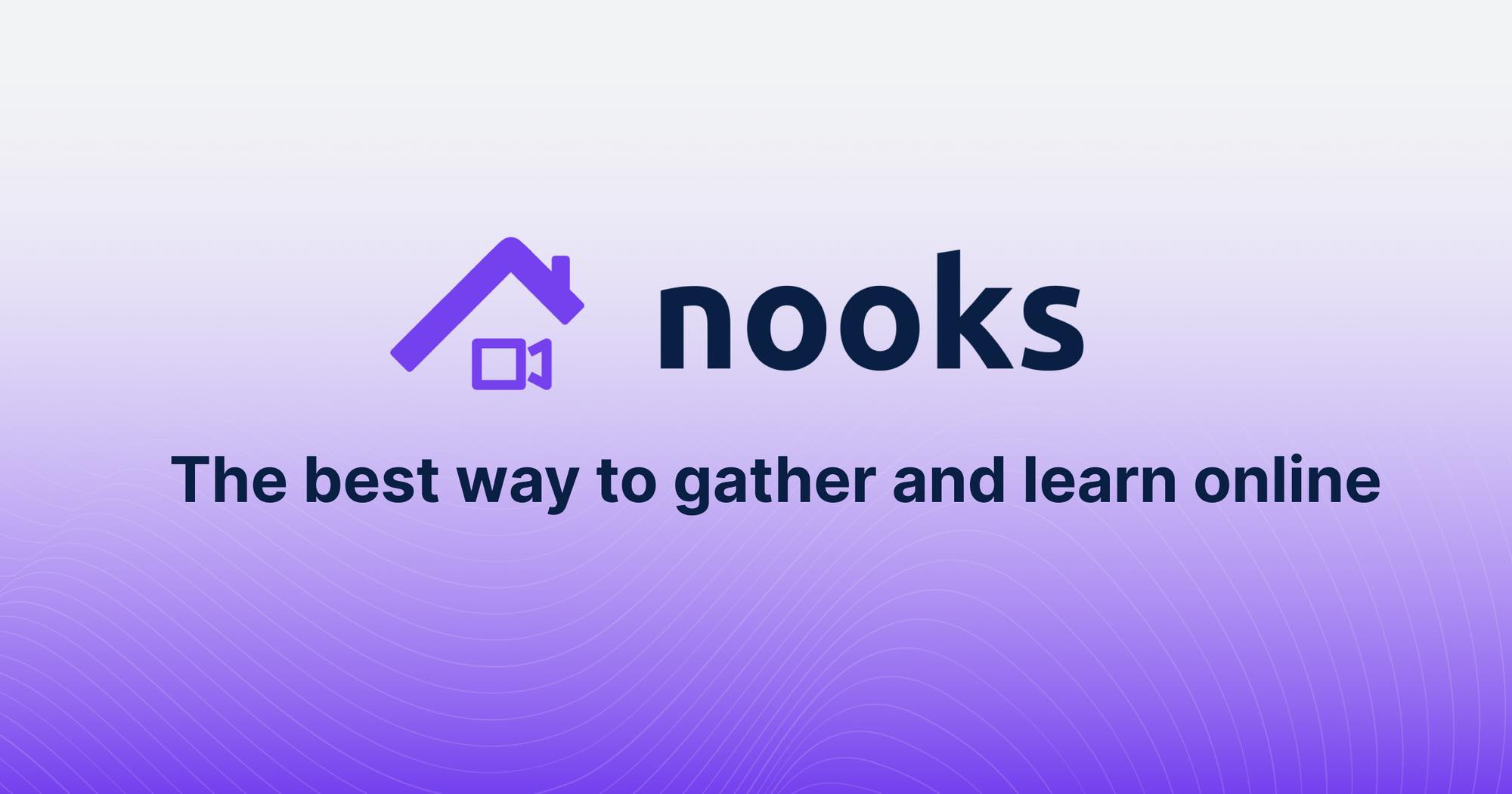 Daniel Lee ’21 MS ’22, Rohan Suri ’21, and Andrew Qu of Rensselaer Polytechnic Institute (RPI) have teamed up to create new video conferencing software called Nooks, with new features that attempt to surpass Zoom’s capabilities. The platform has been adopted by some colleges and classes at Stanford, with developers hoping Nooks will become more widely adopted nationwide.

Zoom Video Communications, Inc. has seen an unprecedented surge in popularity over the past year as the majority of events and interactions have moved online, although the company has come under fire over privacy concerns. and security. Google Meet, FaceTime and Skype have not been able to match the hundreds of millions of Zoom users.

Suri said Nooks’ biggest advantage over Zoom is its user-friendly interface. The app’s landing page boasts that Nooks is “the easiest way to host workshops, classes, conferences and more.

In a Nooks session, there’s a sidebar similar to a hierarchical file directory, with pieces nested inside each other. This design, Suri said, is meant to be more natural than Zoom’s.

The Nooks platform also offers features that allow users to have side conversations with the main room, similar to the functionality of Zoom’s breakout rooms. While Nooks and Zoom allow users to select a room autonomously, instead of being assigned to one by the host, Nooks was the first to offer the feature and takes it a step further by allowing the user to see who he will meet before entering using the sidebar. Additionally, rooms can be generated and sorted based on polls and other criteria.

“We really want to make online events better than if they were in person,” Suri said.

Rooms can also be locked or have caps if, for example, a professor (or anyone with an administrative role on the platform) wants to meet a student one-on-one, one application of which is office hours. In Nooks, teachers can set up a queue so students can wait their turn to enter.

Nooks also allows teachers to create different rooms for different questions and invite students to chat with each other. In addition to screen sharing and a chat function, users have the ability to embed spreadsheets, slideshows and other documents directly into the interface.

Collaboration with the IT department

During the summer term, several basic computer science classes, including CS 103 and CS 161, had the chance to try out Nooks during office hours, and Stanford CS Bridge, a 200-person high school program in Turkey, hosted office hours on the platform.

Nook’s collaboration with the IT department began when Lee, Suri, and IT department chairman John Mitchell crossed paths in late summer after mutual friends struck up a conversation. Mitchell and his graduate student Maxwell Bigman Ph.D. ’24 had previously written a research paper on ways educators could improve online learning, and it became clear they had common goals with the team. Nooks.

Mitchell and Bigman’s research paper examines the effects of digital experience on students. The document recommends that instructors “find ways to strategically combine the synchronous and asynchronous elements of their courses” by facilitating meaningful student interactions, creating psychological safety, and integrating the best possible learning tools to support these recommendations.

Mitchell was helpful in getting Nooks known, according to Suri. Mitchell wrote in an email to The Daily that he was “very impressed” with Nooks, describing him as a “great service to Stanford” for the way he addressed the concerns he and Bigman raised in their article.

One of his favorite features, he wrote, is that users can create their own rooms, send invites, see who’s in each room, and easily move between rooms.

Moving instantly between rooms for large classes, study groups or office hours, he said, is a unique advantage to online learning.

“I hope Nooks and the University come up with a plan so that many interested classes can try Nooks this fall,” Mitchell wrote.

As with many digital services, the inspiration for Nooks came from a familiar inconvenience.

Lee took the winter term last year to complete a machine learning research internship and planned to study abroad at Oxford University in the spring. Once that was canceled, he said he “didn’t feel like taking online classes”, so he took off the term and became interested in video conferencing.

“A lot of my friends were in classes and they had complained about watching lectures,” he said, explaining that his friends compared attending live Zoom meetings to watching YouTube videos and that students did not have the opportunity to meaningfully interact with nearby teachers or classmates. .

When switching from in-person to online classes, it’s easy to lose the flexibility and dynamism of natural, real-life interactions, according to Lee. Normally there are parallel conversations, whispers and physical movements. So, Lee set out to build Nooks to bring the various threads and layers of conversation back into a physical room, in a more authentic way than that facilitated by Zoom.

Starting in May, Lee and a friend from high school started brainstorming and programming, and by the end of June, Suri had also joined the team. Previously, Lee hadn’t programmed as a full-stack software engineer — someone who works with websites, servers, and databases all at once, but he said he was interested in the project, as it would be a “very good learning experience”. Although he said his courses at Stanford didn’t necessarily directly help him with the project, he said the general approaches and problem-solving he learned helped him.

Suri, who brings her experience in machine learning to the team, said she wants to expand to all campuses in the near future by growing the team and doing more aggressive marketing.

“We don’t just stop at classes,” Suri said. “We really want to create communities of people learning and sharing the use of Nooks.”

New problems require new solutions, according to Suri. He sees Nooks as “Slack for video,” a platform that takes existing technology and builds on it by adding new features, integrations, and a modern user interface.

This fall, Nooks will offer its software for free to all universities.

Institutions like Columbia, the College of William & Mary, and RPI have already started using the platform, and Lee expects many other classes and student organizations to soon use Nooks as well. Nooks is also working with computer science professor Chris Piech to make Nooks the single platform used in CS 106A conferences and office hours – which the development team says will help the platform achieve its full potential and will allow the development team to create a more intuitive and engaging product.

“We learn a lot from our users,” Lee said, “they benefit from the platform and we can grow without that price barrier. It’s kind of a no-brainer. If it’s better than Zoom, you should just use it.

This article has been corrected to indicate that Maxwell Bigman holds a Ph.D. student, not an MS student. The Daily regrets this error.

How to work faster in your web browser

Browser developers are failing at their most important task