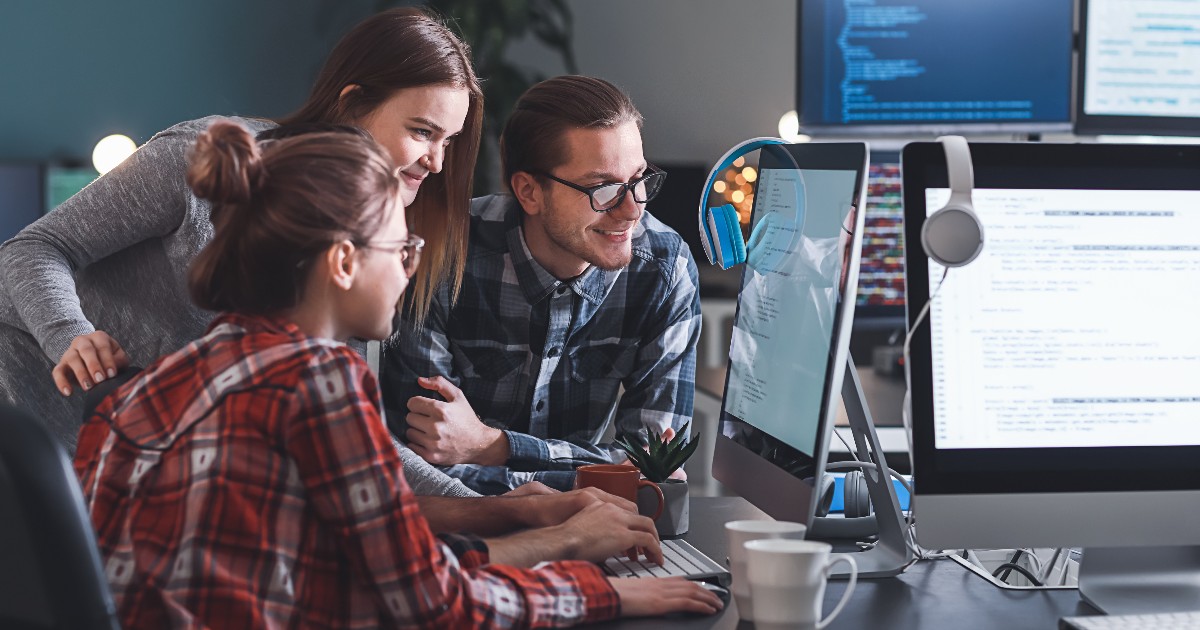 Evolving threats put applications at risk. Robust web application security can help prevent compromises before they happen. You do not know where to start ? Our protective primer has you covered.

What is web application security?

Web application security focuses on reducing threats by identifying, analyzing, and remedying potential weaknesses or vulnerabilities. While most of this process takes place in the design and development phases, it is also an ongoing effort that follows applications throughout their lifecycle to reduce overall risk.

Why is this important?

Because all applications are at risk. According to a 2021 research report, 100% of the commercial applications studied contained at least one risky open source component. What is even more worrying is that 85% of them included â€œcriticalâ€ weak points that could provide entry routes for threat actors.

The speed and scope of development compound this problem. To keep pace with their competition and deliver improved customer service, many companies now rely on a mix of third-party developers and readily available, cost-effective open source components. The result is a fragmented application landscape that often shifts speed to security.

This landscape offers an unparalleled bonus to attackers: with so many applications in so many locations – and most using at least one open source component – it is possible for them to find multiple entry points that provide network movement to the network. both vertical and lateral. Additionally, the lack of knowledge about disparate environments often leaves organizations in the dark when it comes to who is accessing their applications, why, and for what purpose.

The State of Web Application Security in 2021

As noted above, the state of web application security in 2021 has also been influenced by rapidly changing crisis conditions. Many businesses with no history of remote working – and no plans to relocate – suddenly found themselves facing complete office closures and had no idea when they might return.

This has led to an emphasis on function rather than form of security. This ranges from home office access to critical IT services to the use of VPNs and â€œworkaroundsâ€ of untrusted applications. In general, companies have found themselves faced with more complex application landscapes. At the same time, they largely lacked the infrastructure to manage and monitor these large-scale applications.

It’s fair to say that the state of web application security in 2021 remains constantly evolving. To keep things tidy, CWE has listed 25 of the most common application vulnerabilities this year. Here’s a look at the top 10:

It’s also worth mentioning threat number 11 on the list – missing authentication for critical functions – which has increased 13 spots from 2020.

Web application security testing is the first line of application defense. Common types of tests include:

1) Static Application Security Tests (SAST): SAST allows developers to scan source code for potential vulnerabilities. They can do it manually or by automation. It is one of the first testing approaches used by companies, due to its speed and simplicity. SAST provides real-time analysis as developers create code, allowing them to identify and resolve issues before applications go into production.

2) Dynamic Application Security Tests (DAST): DAST, on the other hand, takes an external approach by attempting to find and exploit front-end vulnerabilities using test attacks. DAST scanners work outside of applications and can help deliver results immediately without needing to access source code. It should be noted, however, that DAST tests are unable to identify the exact location of code risks.

3) Penetration test: Also called penetration testing, this approach is often used to identify openings in critical applications. Pen testers are often security experts inside or outside the system tasked with acting as attackers. They do this by using popular tools and techniques with the aim of compromising applications and gaining access to key data. While companies know when these penetration tests take place, they are not given any details about the specifics of the attack, creating a more realistic framework. While it is possible to perform penetration testing in-house, this can lead to potential bias from testers who are familiar with existing structures and can assume rather than test. Reputable third parties, on the other hand, will often provide more robust attack frameworks.

4) Self-protection of the execution application (RASP): RASP is integrated directly into the software. If RASP tools detect potential threats when applications are called and run, they can both close open sessions and notify staff for follow-up.

The best defensive approaches unify people, processes and technology to ensure that security is an integral part of every stage of the development cycle.

Left shift processes move defense earlier in the development process and allow staff to resolve common issues without costly escalation. The result is a better defense that can both reduce costs and improve compliance.

From SAST to DAST to RASP, automation is essential to ensure that application vulnerabilities are quickly identified and remedied. The best solutions must include robust security integration and automation throughout the development pipeline.

At the end of the line ? Robust web application security is essential for businesses to reduce risk and proactively improve their application landscape.

The market for web hosting services is booming around the world with HostGator,